The 12th Malaysia Technology Expo (MTE) 2013 held at the Putra World Trade Centre (PWTC), from 21-23 February 2013 has witnessed over 550 inventions and innovations exhibited. UPM has entered 26 of its research products and innovations, six of which are from FCSIT.

They won 1 gold, 9 silver and 9 bronze medals in the Invention & Innovation Awards category of MTE and 2 gold, 3 bronze and 3 Special Wards in the  International Design Awards (mIDEAS) category of the annual competition for the nation’s scientists and researchers to display their inventions and creativity.

The 3 Special Awards won by UPM were for Foreign Special Award-Japan Intellectual Property Association (JIPA), The Best Awards and Special Award with Compliment from the Panel Jury.

One of the gold medals for UPM was contributed by Dr. Ali Dehghantanha from the Faculty of Computer Science and Information Technology with his innovation -Pervasive Cyber-Security Education System (PCSES) which is a system to guide users on web application security materials in a unique way that utilized a fully controlled environment to teach theories by enabling the users to experience them.

Dr. Zulkifli Muslim from the Faculty of Design and Architecture on the other hand won a gold medal and two Special Awards - The Best Awards and Foreign Special Award-JIPA for the Best Design Award. His innovation Transformation Design of Decoration Tiles Based on Tropical Plant Images is based on the living trees concept to produce various functional designs such as for tiles, lamp shades, buildings, furniture and on.

The third gold came from an innovation known as Congrex Public Bench by Dr. Ahmad Rizal Abdul Rahman which also won the Special Award with Compliment from Panel Jury. Congrex Public Bench is friendly park furniture made from rubber wood or other local wood materials, designed to provide convenient space and flexible seating.

Apart from the 9 silver and 12 bronze medals, UPM won 3rd place for the Booth Award category.

The annual exhibition, organised by Malaysian Association of Research Scientists (MARS) and PROTEMP Exhibition Sdn. Bhd., and supported by the Ministry of Science, Technology and Innovation (MOSTI), was held from 21st – 23rd February 2013 at the Putra World Trade Centre.

It was participated by 28 exhibitors comprising research agencies including international agencies, public and private universities and and school. 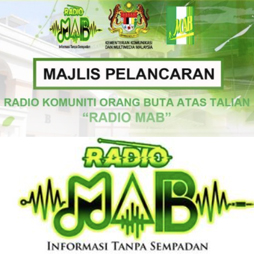 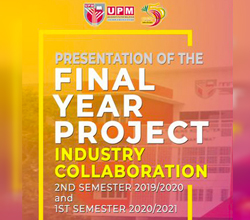